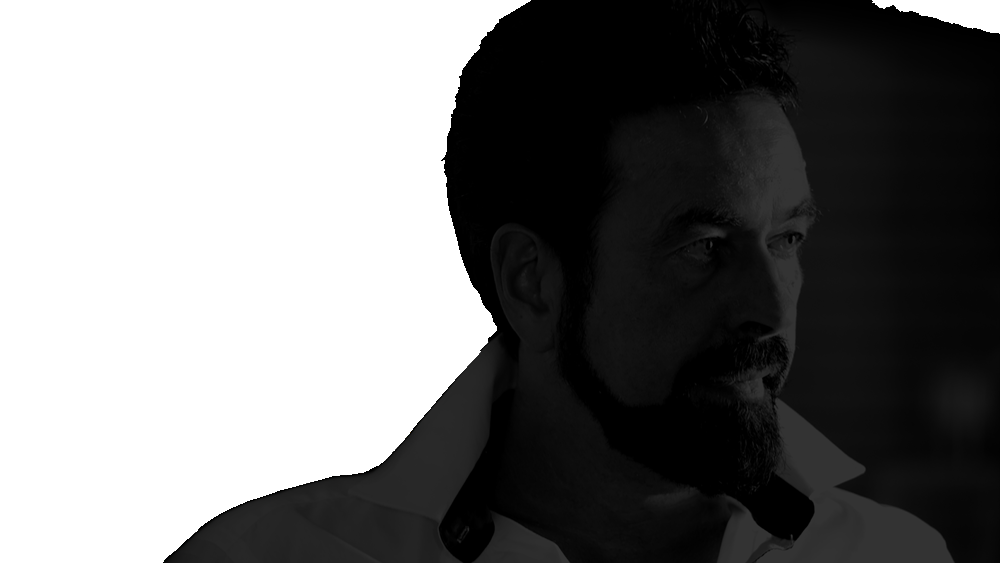 Born in Syracuse (Italy), the very young Mario Feroce was soon attracted by the images of the comic strips which he cut and pasted, without yet knowing to read, thus creating very personal stories... without any coherence (for Cartesian adults... obviously...) ...

It was during his technical studies, at eighteens, that he discovers photography and also buys his first 8mm camera. His first films are holiday films that he will use later for his firsts editings. He meets an old friend, who makes him discover music. He begins playing jazz piano and plays in several Trieste jazz bands, city where he resides. Later he plays the recorder in the group " Renaissance ", where he meets classical music and which pushes him to the conservatory of music to learn the bassoon.

With this instrument he settled in France, a country he discovers, to study with Maurice Allard and Michel Denize. After performing as a soloist, as a chamber musician, and as a philharmonic orchestra musician, he became orchestra conductor (teachers: Franco Ferrara and Carlo-Maria Giulini). He conducts various concerts and orchestras. To his repertoire: Vivaldi, Tchaikowsky, Brhams, Mozart, Beethoven, etc. While his activity as a conductor goes from strength to strength, the death of his mother takes him away from music to bring him closer to the dream of his childhood: directing films and operas.

To train himself in these trades, he undertakes a double training:

In both cases, his self-taught spirit is awakened (especially by Ermanno Olmi, defender of this method of learning). At the Monte-Carlo Opera he assists the greatest directors (Pier-Luigi Pizzi, Margarita Wallman, etc.) and works with the greatest singers (Luciano Pavarotti, Roberto Alagna, Julia Mingenes, etc) ...

At " Ipotesi Cinema ", Ermanno Olmi puts him face to a new reality: the cinema laboratory (" bottega dell'arte ").
It also helps him to create in him the desire of a neo-neo-realism. Desire born out, a few years later, with the well known " Dogme 95 " (Lars von Trier).
In this period Mario Feroce  directs his first short films (Histoire d'Amour, Brume des yeux, etc.), while starting to direct plays (La Cantatrice Chauve, La Voix humane, etc.) and small operas (Bastian et Bastienne, La Serva Padrona, etc.), but also fashion shows.
He is assistant director (La sorcière du placard à balais - Ezequiel Garcia Romeu) in the theaters of Nice and Cannes and especially for Pier-Luigi Pizzi, in the Messina theater (Italy), on the tour of the Monte-Carlo Opera.
In 1994 he realized a childhood dream by making the theatrical adaptation « Jonathan Livingston Seagull » by G. Bach, for the Lino Ventura theater in Nice.

In 1995, for the centenary of the cinema, he directs his first professional short film in 16mm « Crise de Foi...e ! »
In 1997 he finally realized his wish to put on stage, for the first time, the oratorio St. John Passion by J.S. Bach, often put partially on stage but never (until then) completely staged as a sacral opera (Cause of dramaturgical problems which he was able to solve). Jean-Claude Malgoire, the great music master, was responsible for the musical direction of the orchestra " La Grande Écurie et la Chambre du Roy ".

A year later Mario Feroce writes the libretto of the chamber opera La clé du Paradis put in music by composer Olivier dos Santos, who speaks of a cat who speaks to tell his master that he does not find him so intelligent that that..
In the same year he began a collaboration with  LA REVERDIE (various « Diapason d'or ») or the staging of a mediéeval mystery. The project, unfortunately, is not finished due to financial problems.

In this capital he meets Alain Rocca who, first, tells him about digital cinema. Mario Feroce is not enthusiastic ... but, like a good "student", he starts looking diligently in this direction.
He directs some short films and launch his first feature film in 2001 (La Porte, Bleu), which will allow him to reveal his clear belonging to this line which, starting from Italian neo-realism (Rossellini), passing by the French Nouvelle Vague (Rohmer), arrives at the Danish Dogme 95 (Lars Von Trier).
Obviously he make own the style, giving him his own vision of life: the urban poetry.

In 2005 he was asked to direct his opera « La clé du Paradis » as well as « l'âne amoureux » composed by composer Olivier Dos Santos.

In 2009 Philippe Maruani roposes to him to produce his second part of the tetralogy on the elements: SUN, shot in English.

After various pieces, television shows, clips and documentaries, Mario Feroce was asked to make a documentary about the 500 years of Venetian's Ghetto.

This is surely the reason why his sensibility is so close to theirs.

Furthermore, his films are peopled by women. From Madonna in " Crise de Foi ... e ! " to the sapphic love of two protagonists of " Sand ", from the obsessional feminized universe of " Sun "  to the tortured women of " Sea ", Mario Feroce paints their bodies as well as their minds. .
He knows how to film them. He knows how to rob their intimacy, in a so discreet but intense way. He knows how to look at them. His cinema is very graphic and at the same time very minimalist . It is very poetic cinema and at the same time very raw, urban. Far from the grandiloquent effects, he concentrates on the essential: life, hope, beauty.

1995 - I had an apparition and nobody showed up - Short film